Being church for over 134 years

St. Stephens Presbyterian Church in Ponsonby has stood for more than 134 years and is registered Historic Place Category 2, with Heritage NZ.

The original Church opened in 1879 and was designed in a Gothic Revival Style by an established and well known architect, Edward Mahoney.

Later in 1907, a major extension was added in an Edwardian style influenced by the emerging Baroque Style and designed by architect Robert Martin Watt.

Despite the two styles the Church looks completely unified.

In 1908 and shortly after the completion of the church extension, the “First” Church Hall was designed by Alex Wiseman and built to the North West of the Church. 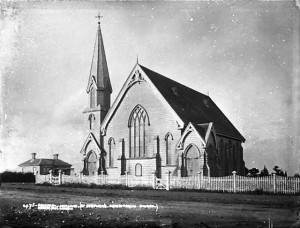 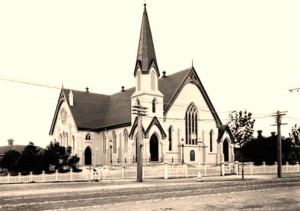 With a growing congregation it soon became necessary for another hall and in 1914 a Sunday school building including two classrooms was build parallel to the East side of the church. This second building is now known as the second hall and houses the church lounge and office.

In 1994 Architect William Algie provided plans for alterations and additions to the Second Hall, that included a walkway and porch linking the building to the church. A verandah was also added on the East side and a car park area developed alongside, where small cottage had previously stood before demolished.

A Manse was also part of the original church complex and having been designed and built in 1908, the building was eventually sold in 1997.